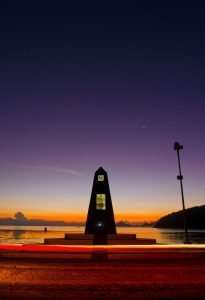 Culion is a beautiful story.

Culion is one with big story. This rich and unique history is a trip from a dark past to hopeful today – this is when Culion was known for many names; once an island of no return or an island of living dead or even a paradise lost.

Through Gov. Luke E. Wright’s Executive Order no. 35 in 1904, Culion was created a leper colony. Culion has become the largest leprosaria in the world. On February 12, 1992, President Corazon C. Aquino signed Republic Act 7193 creating the Municipality of Culion in the Province of Palawan. In 2006, the World Health Organization declared Culion leprosy – free.

The history is unparalleledly unique, the people has remained steadfast – a stigma no more. The structures that were built by and for the leper colony are still visible, the untold stories are enlightening and meaningful. More than the stories of the lives of the leprosy victims were the stories of courage and sacrifices of men and women who dedicated their lives to serving the patients.

Hence, Culion is a beautiful story of past.

• Historical Walk – More than the historical structures that were built by and for which are still present, it unveils the stories of constant struggles, pains and stark pasts but which today is inspiring and touching. The walk is a feel of a past extraordinary circumstances.

• Catholic Church – The Church of Immaculate Concepcion is a beautiful old historical and one of the oldest in Palawan, if not in the country. It was hewn from live corals and its location (on top of the staired hill) is an awesome scenic view of sunset and of the islands and crystal clear waters of Culion. There are two Spanish canons located on the view deck of the church.

For many years, Culion was isolated from the world. It has remained to be a paradise all these years, out of reach of irresponsible tourism.

Culion is a beautiful story of present.

• Culion has warm and convivial locals who remained unchanging to its peaceful culture. • Culion is surrounded by the natural wonders of waters; unspoiled islands and sugar-white beaches, world class diving spots and relaxing snorkelling sites. Currently 11 established resorts which are advocates of sustainable ecological methods. As perfect examples:

 The only island resort in in the world that cooks their food predominantly using just the sun. To reduce the use of fossil fuels, it incorporated and installed special solar ovens and solar cookers on the roof of their restaurant kitchens. The resort uses renewable energy.  There is no over or underground wiring at all on the islands.  All toilets on the islands are composting toilets, the resort also practices grey water recycling, it uses biodegradable soaps, shampoos and detergents, and practices rain water harvesting.

 It is a beacon for environmental preservation as well as haven for vacationers. It invests heavily on earth-friendly facilities. Sunlight has a desalination plant that converts sea water to non-potable water using reserve osmosis.  A waste water treatment facility that purifies and recycles water for flushing toilets as well as irrigation.

• Culion has rookied the colours of its cultural upbringing through the celebration of its annual Tirimes-Times Festival.

• Culion has whooshing (per LGU’s current inventory) nine (9) waterfalls with which four (4) of them has weathered out all seasons as it remains magnificently flowing fairied by leafy and woody forests.

o This incredible weather and scenery of Pulang Lupa where the serenity is felt especially with its melodramatic sunset; and beauty of Culion is visible to the naked eyes.

o The historical Aguila View Point of Culion is more than 300 staircase steps leading to a giant eagle carved into the hill. This was created in 1926 by leper patients as a tribute to Philippine Health Services.

• Culion has the vastest and longest mangrove area in the entire Calamian Islands, if not one among the entire Province of Palawan, with an estimated 3,000 hectares.

o Bgy. Luac being the mangrove capital of Culion has the vastest (estimated 861 hectares) Mangrove Rivers bridging and crossing Sitios Detopiac, Luac Proper, Buyot, Ugnisan and Balanga for viewing, kayak or paddle boarding and cruising. Peace and tranquility is the definite greetings brought by the distant sounds of birds and wildlife, the stillness of the forest is a profound mystical experience, while the water backdrop is adding to the calm and silent atmosphere.

• Culion has the largest agricultural land area in the Calamian Islands where Malaking Patag is the Agricultural Center, Baldat is the potential vegetation capital while one of the main thrusts of Bgy. Luac is to be a livestock and poultry focus. Not only by its unique history and amazing natural destinations, Culion is potential food basket of Calamian promoting organic vegetation and capitalizing as northern island’s rice granary – thus alternatively moving a food industry championing food tourism.

• Culion is also the Calamian Islands frontline to Medical Tourism – the Culion Sanitarium and General Hospital. The Sanitarium is the first and oldest organized leprosarium in the Philippines. To this date, among the northern municipalities of Palawan, Culion has the only tertiary hospital offering diversified services through both general and specialty care.

• Culion has been one of the destinations of Pearl Farms in the Philippines. An estimated 15,000 hectares of marine areas of Culion is currently occupied by Pearl Farms where cultured pearls are coming from saltwater oysters. Pearl Store can be visited at Tanglaw Resort while HIKARI Pearl Farm maintains its Demo Farm as well.

What is the Problem?

The beautiful story of Culion both its past and present should never be sacrificed because of the ill-effects of Tourism when not comprehensively planned and effectively implemented. The dark side of Tourism should never take its toll for Culion – to corals to be stepped on hundreds of times, to mangroves filled with plastic garbage, and to overprice food products, to under maintained and exploited natural resources, to abusive and to disrespected culture.

What is the Vision for Culion?

Culion envisions to be an eco-historical tourist destination. It is about uniting conservation, communities and sustainable travel. Through its formidable vision, it will help create a better appreciation to Culion’s history and natural resources such as landscapes, wildlife and coral reefs. This means that Culion envisioning as such should implement, participate in and market tourism activities which should adopt the following ecotourism principles:

This is Culion – a beautiful story of past and present.

Copyright © 2018. Municipality of Culion, Province of Palawan. All rights reserved.